“If I had 6 why not get 7,” asked sophomore guard Chance Westry. He and the Shamrocks did just that as they defeated rival Camp Hill, 76-68, at Hershey Giant Center on February 24. The win gave the Shamrocks their seventh consecutive District 3, Class 3A boys basketball championship.

Camp Hill fought hard the whole game, taking the lead going into the fourth quarter. That’s when the Shamrocks turned it up a notch and scored 34 points of their 76 points.  Trinity was led by senior guard Aley Zangari who caught fire and scored 14 points in the 4th quarter. Zangari had 21 points overall. Westry scored 22 points, while senior Marcus Beckett added 11 points to be the other Shamrock in double figures.  Trinity shot the ball really well in the 4th quarter going 10 for 10. It’s pretty hard to be beaten when you don’t miss a shot in a quarter.

It was a great all around game for the Shamrocks. “It feels very good , after all the hard work,” said junior center Logan Groff. The Shamrocks hope to  take this momentum into the PIAA State Championship tournament, which starts on March 7, at Cumberland Valley High School, at 6:00 p.m.. They will be the number one seed in that tournament for Class 3A and will face the sixth seed in District 12.

“It feels good to get seven. Now,  I’m wishing for an eighth in a row,” said Westry. Congrats to the whole basketball team on a great accomplishment. Go Rocks! 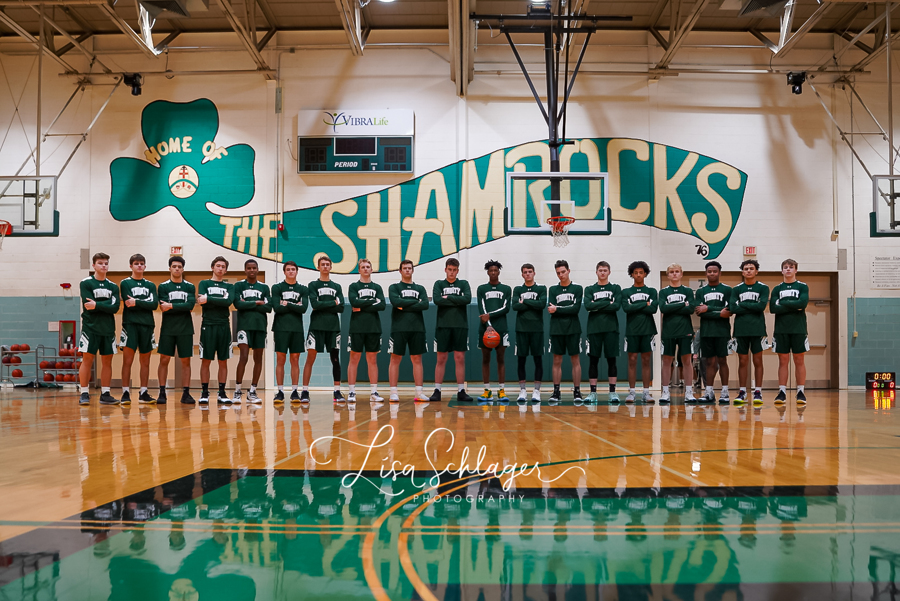