Though Jade Scipioni ’01 describes herself as “not exactly ‘most likely to succeed’ in high school,” she always believed in herself and when she left Trinity, she went to New York with the goal of becoming a journalist. Despite her “average grades and mediocre basketball skills” she was determined to become a success.

Jade began her career covering courtroom trials for Court TV, with her first major assignment as a rookie being the Anna Nicole Smith paternity case in Ft. Lauderdale, followed by the OJ Simpson robbery case in Las Vegas. After an interim period at CBS News’ “The Early Show,” covering stories like Captain Phillips, “the Miracle on the Hudson,” Drew Peterson, the 2008 financial crisis, and the presidential election, Jade was back to covering true crime at Court TV, but this time as the lead content producer. Here, she covered the Casey Anthony trial and Michael Jackson’s wrongful death trial.

She also had one-one-one celebrity interviews with Steve Harvey, Drew Barrymore, Christie Brinkley, Montel Williams, and Martha Stewart. Her interview with Martha Stewart stands out to her as particularly significant because it was her “first big one-on-one interview” and her grandmother had “idolized Stewart” when Jade was growing up. She had often read her magazines and watched her TV show, so to see her in real life was surreal. Looking back, Jade wishes she had asked better questions, but the interview was a “game changer” because it brought more big interviews.

As a reporter, Jade “loves reporting on health and environmental issues” and likes “asking corporate bigwigs the tough questions” without being afraid to ruffle feathers. When she looks back on her time at Trinity, her fondest memories are of playing basketball, volleyball, and going on Kairos because it allowed her to get to know her classmates more deeply. She also remembers having a lot of fun in high school, because while she was “no valedictorian or beauty queen,” she always knew “how to have a great time and be myself. Still do!” 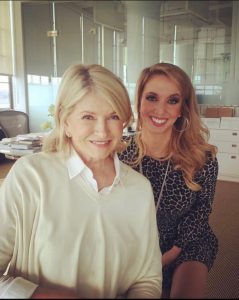 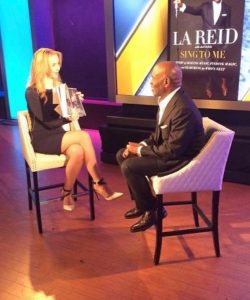 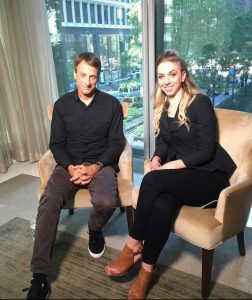 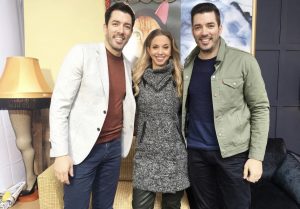