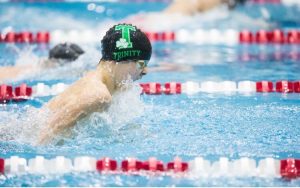 This season Trinity graduate Samantha Shirtliff ‘14 took the helm of the Trinity High School Swimming & Diving team.  A District III champion (2011 100 yard freestyle) and twelve-time PIAA Championship finalist in her own right, Coach Sam has really made an impact this season building the team.  The Boys’ and Girls’ records this season, 9-2 and 8-3, respectively, are their best in three years.  Since the 2011-12 season, Trinity High School has been in a cooperative swimming and diving program with Camp Hill High School (CHHS). 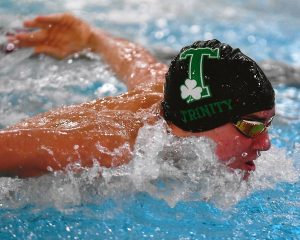 Select members of the Trinity Swimming & Diving Team recently competed at the 2019 National Catholic Swimming & Diving Championship held at Loyola University from January 19 and 20, 2019.  Eight girls and seven boys competed during this preliminaries and finals format meet.  Catholic high schools from as far as Connecticut, Ohio, and Virginia travel to compete in this meet.

After preliminaries, many of the teams attended 5:00 p.m. vigil Mass at the magnificent Cathedral of Mary Our Queen a short drive down Charles Street.

The prelim/finals format allowed several Shamrocks to return Sunday for another swim. 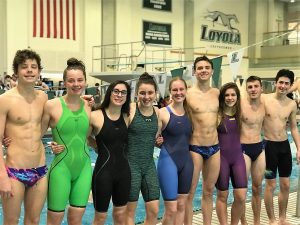 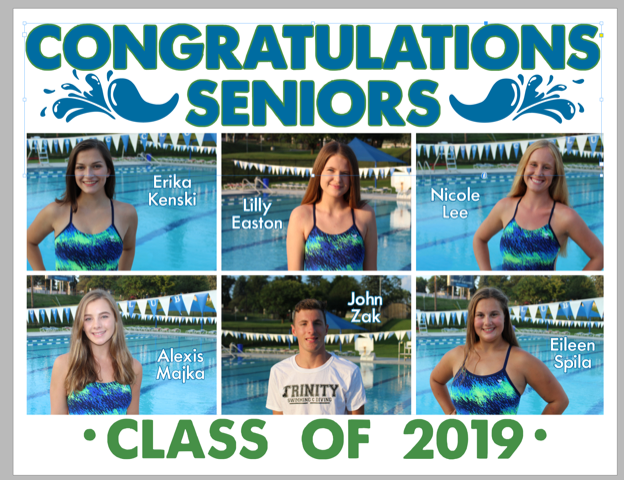 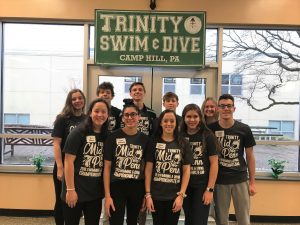 The team’s only fundraising event, the Pancake Breakfast was held on Saturday, January 26th in the Trinity cafeteria.  The 15th Annual Pancake Breakfast is Trinity’s longest continuously running community event.    All facets of the Trinity community descend on the cafeteria for delicious pancakes, breakfast meats, and drinks on a chilly January morning.  During this event, the crowd is served by members of the team and is able to bid on several baskets as well as enter the continuous raffle that awards four to five gift cards every fifteen minutes.  The fun is compounded by having a select guest raffle ticket picker.

The team’s postseason meets include the Mid Penn Championships (February 8 and 9) and the Mid Penn Polar Plunge (February 15 and 16), which are the last opportunities to earn a slot to compete at the District III AA Championships held at Cumberland Valley High School on March 1 and 2.  The season culminates at the Pennsylvania Interscholastic Athletic Association Championship meet held at Bucknell University on March 13 and 14.